Really…who signed off on that kindergarten garbage? Sometimes you just have to scratch your head and wonder.

At any rate, our kick a** designer, Patrick, decided to take 5 minutes and tweak the current design to make it look half-way reasonable. What he came up with was a massive improvement! 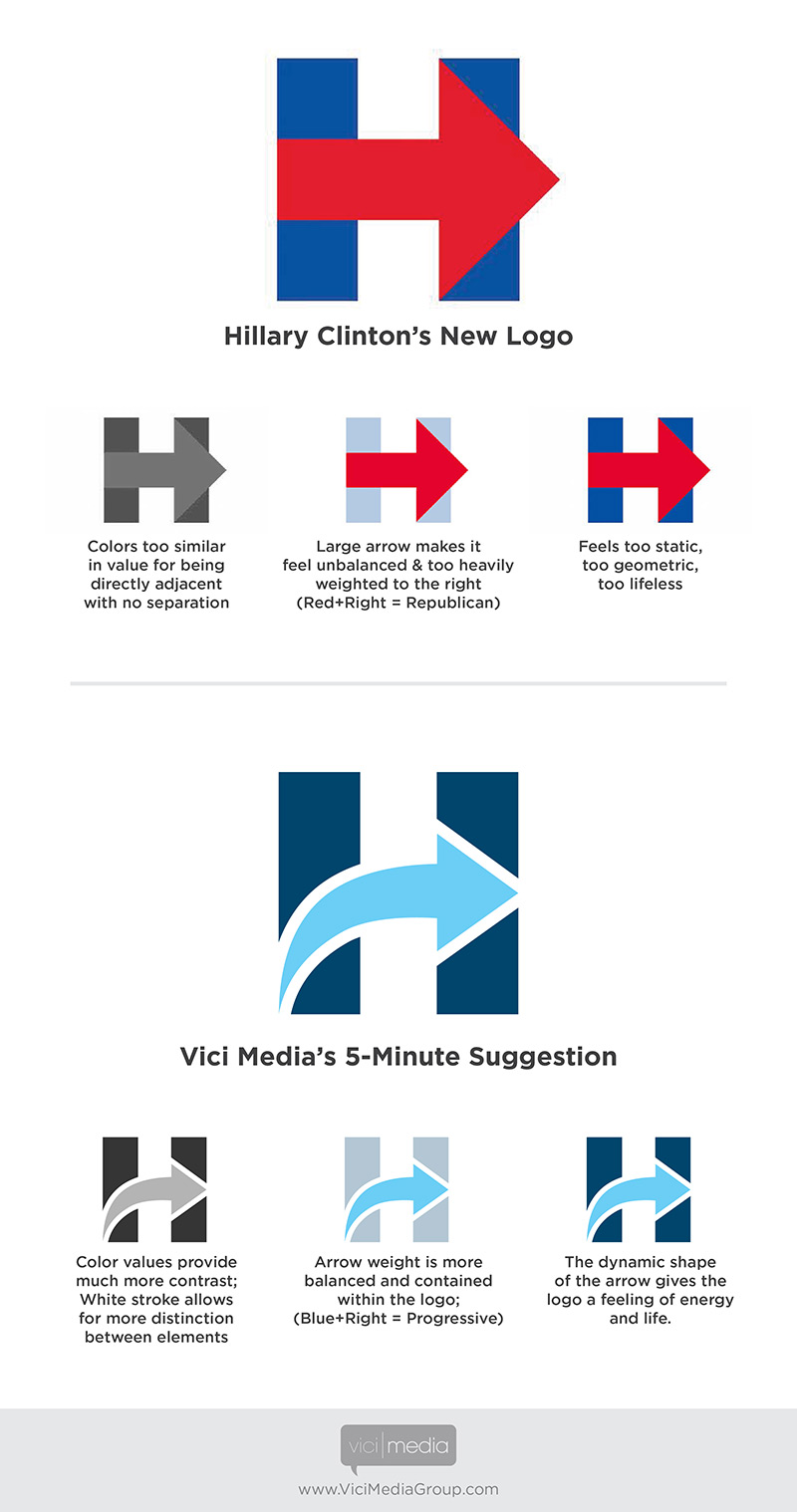 And we weren’t the only ones who thought so…

Featured on Vox.
“On Twitter, Matt McDermott shared this quick suggestion from designer Patrick Mauldin of how the image could benefit from a few simple edits.”

Design Taxi:
“Since the launch of the new logo and brand identity of Hillary Clinton’s 2016 presidential campaign, designers have been expressing their opinion and coming up with new design ideas to make it better.”

Creative Bloq:
“[The designer] has been getting a lot of love for this redesign posted on Imgur.com.”

What do you think of Hillary’s logo? The redesign? Drop us a note!